Headquartered in the U.S., employed by knowledgeable, trained personnel. Han's Laser is transforming the industry with our state-of-the-art machines.Han's Laser Technology Industry Group Co., Ltd, a public company established in 1996, has become the Chinese national laser industry's flagship and one of the world's most famous laser equipment manufacturers. Han's Laser went public in Shenzhen Stock Exchange Market in 2004. And as of today, its market value reaches more than 7 Billion USD. 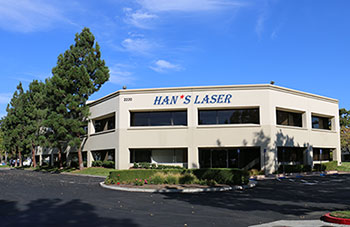 HAN'S Laser Corporation is a wholly owned subsidiary of Han’s Laser Technology Group, a global leader in laser technology. We are committed to providing our customers with the latest industrial laser machine technology to better suit their specialized needs.

Headquartered in the U.S. and equipped with factory trained personnel, Han's Laser is committed to transforming the industry with our state of the art machines, and insiders knowledge of the functionality and unlimited capacity to our cutting-edge laser technology.

Technology Industry Group Co., Ltd, a public company that is established in 1996, has now become the flagship of Chinese national laser industry and the world's famous laser equipment manufacturer. Han's Laser went public in Shenzhen Stock Exchange Market in 2004, and as of today, its market value reaches more than 4 Billion USD.

R&D
Han's Laser has very strong research abilities. Our proficient R&D team has got more than 300 patents and dozens of software copyrights. Also, Han's Laser is one of the few companies in the world to have mastered the Ultraviolet Laser Patent Technology. We are fully committed and devoted to enhancing our technology leadership in the laser industry.

Quality
Each product from Han's Laser is strictly examined according to ISO9001 (QCS) and ISO14001 (EMS) standards before it is put on to the market. Many laser equipment series have acquired CE certificate. Han's Laser carries the hope and confidence to produce the world's first-class laser equipment.

2018
Hans Laser has been identified as "Shenzhen science Popularization Education Base".
2018

2008
In February, 2008, former general secretary of the CPC central committee, state President Jiang Zemin visited Han's Laser, praised "Han's Laser" has boldness of vision, praised for her bold vision, encouraged Han's laser to continue to put the national laser carry forward, in order to contribute to the promotion of national manufacturing industry development. In 2008, the company was named the first batch of "National Key High-Tech Enterprises." In 2008, the company was named "National Enterprise Technology Center."
2008

2000
Academician Wang Daheng which is the leading authority of optics visited Han's Laser and was appointed the technology consultant of Han's Laser.
2000